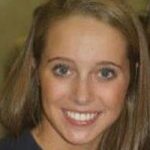 Drew Watson, 14, from Nacagdoches, Texas, has been involved in gymnastics since she can remember. Drew is the middle of three girls; her older sister plays volleyball for her high school while her younger sister loves the game of basketball. As a young girl, Drew and her sisters would do flips off of anything high enough. Her mother thought it would be a good idea to get Drew in the gym and start training with professionals.

For the past five or six years, Drew has been under the direction of coach Martin Parsley, as part of Texas East Gymnastics. Parsley speaks highly of Drew’s mental toughness: “She is great at pushing through adversity and has become mentally strong.” He looks forward to watching Drew compete in the Nastia Liukin Cup because it brings great opportunity and allows the athletes to gain perspectives on the world of elite competition.

One of Drew’s biggest accomplishments in gymnastics so far is a third place finish in the all-around at the 2012 Junior Olympic National Invitational Tournament, as well as qualifying to the Nastia Liukin Cup.

“Martin is a great coach. I’m lucky to have him.” Drew said of her mentor.

Drew loves to compete in all of the events, but loves to show off on the vault. Floor exercise is also one of her favorite events because she can just have fun.

The two, along with her teammates and other coaches, train about seven hours per day. The rest of her day is left to studying at school, which is conveniently located just around the corner from the gym. Drew hopes to earn a scholarship to a competitive collegiate program, and may pursue elite gymnastics in the next few years. In college, Drew hopes to study to become a trainer.