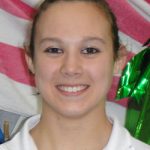 Alyssa Nocella knew what it took to become an elite young gymnast.

She gave up the joys of high school to reap the benefits of gymnastics success, and it led her back to the Nastia Liukin Cup for a second-consecutive year.

But even the best have their limits. Home schooled for her sophomore and junior years at Boyertown Area Senior High School in Pennsylvania, Nocella decided to give up the world of Internet classrooms in favor of the real thing again when she re-enrolled back in school for her senior year.

“I really missed not having a teacher in front of me, teaching me, so that was an adjustment, too,” Nocella said.

Even though she no longer has the type of flexible schedule that home schooling allows, giving her more time to practice and travel, Nocella has still been able to remain among the top gymnasts in the country and earned a scholarship to Bowling Green State University.

For the second straight year, she’ll compete under the bright lights at the Nastia Liukin Cup, but will have the benefit of experience this time around. She’s used to equipment and the environment, as well as being on a podium.

A large group from her home gym, Silvia’s, in Zieglersville, Pa., about an hour north of Philadelphia, will make the trip 115-mile trip to New York City to watch her.

“I like having a lot of familiar fans in the stands,” Nocella said. “It makes it more fun and less stressful. I think that it’ll help me be a little more confidence and hitting my routines the best that I can.” 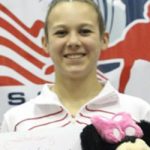 Alyssa Nocella, who lives in Gilbertsville, Pa., is competing in her first year as a Level 10 gymnast. Going against gymnasts who have more experience at that level is her greatest challenge, but with her determination, she is earning her success among them.

Nocella trains at Silvia’s Gymnastics with coach Maia Mitova in Zieglerville, Pa., where she started when she was eight years-old. She tied for third in the balance beam at the 2011 Metroplex Challenge. She qualified for the Nastia Liukin Supergirl Cup at the 2011 Presidential Classic, where she finished fourth in the all-around and won the floor exercise.

The high school junior has already verbally committed to Bowling Green State University. She takes online courses through 21st Century Cyber Charter School so she can find time for both her studies and gymnastics.

In her spare time, Nocella enjoys hanging out with her friends and going swimming. She loves to shop at stores like Hollister and American Eagle. She is looking forward to competing at the Nastia Liukin Supergirl Cup and is excited about her first podium event.