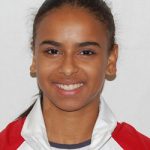 Call her the hometown favorite.

Until she was 8, Lauren Marinez grew up in Valley Stream, N.Y., a short 20-mile ride from Madison Square Garden. Her family is from New York, and when the Marinezes moved to Orlando, Fla., seven years ago, they left behind a contingent of relatives in the Big Apple.

They’ll be in the stands in the Garden next week, however, to watch Lauren compete in the Nastia Liukin Cup for the second straight year.

“I’m just excited,” Marinez said. “They haven’t seen me in a while so hopefully everything will turn out well.”

Being a New York native, Marinez understands the history of Madison Square Garden, thanks to her father, Charles, who has educated her on the importance of being able to perform under its iconic roof.

“Just the fact that it’s in Madison Square Garden is a big deal,” Marinez said. “I just know it’s a really big arena, and it’s really important if you compete there. I don’t really know that much.

“He’s just saying it’s a really big deal, and you should be excited to compete there because not many people can say they competed in that arena.”

About five or six or Marinez’s aunts and uncles will watch her compete with less stress than in 2011.

Marinez tries to eliminate the pressure she puts on herself by going through her coach’s advice in her head when she’s competing.

“It’s not as stressful so I learned I don’t have to feel as stressed out about it,” she said of the Nastia Liukin Cup. “I just think of going out there and doing my best and trying to hit the routines I’ve been practicing and whatever happens, happens.” 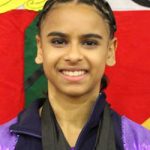 Lauren Marinez moved to Orlando (Fla.) Metro Gymnastics from New York City, and though it is quite a change of pace, she is glad she did. She has had the opportunity to train alongside many accomplished gymnasts who were at the gym and has flourished under the guidance of coaches Jeff Wood and Christi Mitchell.

Marinez began gymnastics because she told her mom she wanted to get some energy out. She began competing when she was five and grew very attached to the sport. According to her mother, she is very territorial of her leotard and takes her training very seriously.

In 2008, Marinez competed in the IGI Chicago Style Gymnastics Meet and won balance beam, floor exercise and the all-around. She began competing as a Level 10 in 2009 and qualified for the Junior Olympic National Championships that year. This year, she qualified for the Nastia Liukin Supergirl Cup at the Lady Luck Las Vegas Invitational by tying for first in the all-around and taking second on beam. She does a unique skill on beam, where she spins on the board and lands in a split.

Marinez hopes to compete in college gymnastics one day, and also aspires to be on the national team. However, she does not let those goals overwhelm her, instead she takes every accomplishment one step at a time. She is looking forward to seeing some familiar faces at the Nastia Liukin Supergirl Cup.