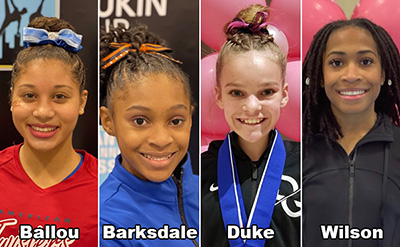 INDIANAPOLIS, January 31, 2022 – Nearly two-thirds of the 2022 Nastia Liukin Cup field is set after four gymnasts punched their tickets over the weekend. A total of 20 junior and 20 senior USAG Women’s Development Program Level 10 gymnasts will compete for national bragging rights February 25 at Ford Center at the Star in Frisco, Texas. To date, 26 of the 40 spots have been claimed.

This week’s qualifiers are listed below alphabetically by competition.

The Nastia Liukin Cup was founded in 2008 by Olympic all-around gold medalist Nastia Liukin, and participating gymnasts will have the opportunity to meet Liukin onsite at the event. This year’s competition will air live on the Olympic Channel.