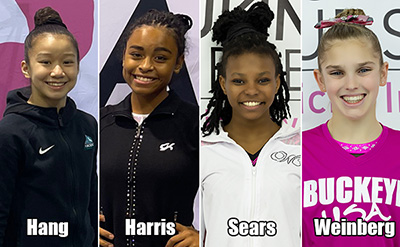 INDIANAPOLIS, January 10, 2022 – The 2022 Nastia Liukin Cup Series kicked off over the weekend as two junior and two senior gymnasts punched their tickets to the Cup final slated for February 25 at Ford Center at the Star in Frisco, Texas. The top finishers at the Brestyan’s Invitational and California Grand Invitational each secured one of 40 available spots in this year’s field.

This year marks the 13th edition of the annual event founded in 2010 by 14-time Olympic and World medalist Nastia Liukin.