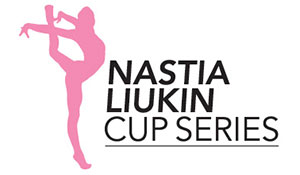 INDIANAPOLIS, January 7, 2021 – The 2021 Nastia Liukin Cup Series kicks off this weekend with the Atlanta Crown Invitational in Duluth, Ga. The series will determine the 18 junior and 18 senior USA Gymnastics Women’s Development Program Level 10 athletes that will compete at the 2021 Nastia Liukin Cup February 26 at the Indiana Convention Center in Indianapolis in conjunction with this year’s expanded Winter Cup. The qualification series will conclude the weekend of February 12-15.

This year’s Nastia Liukin Cup will not be open for public attendance but will air live on NBCSN Friday, February 26 at 2:30 p.m. ET.

Due to the ongoing coronavirus pandemic, several of the 18 participating invitationals, which were originally announced in July, have been cancelled, and their qualification spots have been awarded to the event that is geographically closest. These changes have been noted below. The 2021 series will mark the 12th annual edition of the Cup, which was launched in 2010 by 2008 Olympic all-around champion and 14-time Olympic and World medalist Nastia Liukin. Cup finalists will receive a Nastia Liukin-designed leotard and warm-up from GK Elite and will have the opportunity to meet Liukin onsite at the event.