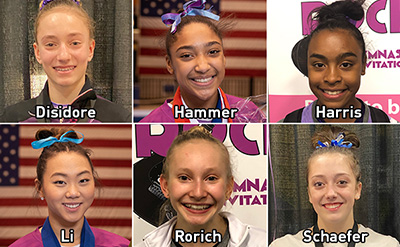 Last weekend’s qualifiers are listed below.

The upcoming invitationals participating in the 2020 Nastia Liukin Cup Series are listed below.

Tickets for the American Cup and Nastia Liukin Cup are on sale now. Tickets may be purchased at the Fiserv Forum Ticket Office, FiservForum.com or Ticketmaster.com. Discounted tickets are available through local gymnastics clubs that are participating in the club ticket sales program. For information on club sales or group tickets, call 414.227.2875.