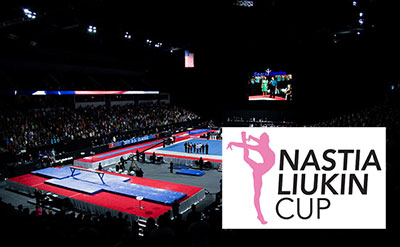 The AT&T American Cup showcases many of the world’s best gymnasts, in a one-day, all-around competition on March 3 at 10:30 a.m. CT. On March 2, the Nastia Liukin Cup features some of the USA’s top Junior Olympic female gymnasts and kicks off the big weekend at 7 p.m. CT. The Elite Team Cup, a team event with many of the USA’s top junior men, wraps up the weekend’s events on Saturday evening at 5 p.m. CT.

All-session ticket packages range in price from $89-$149, plus applicable fees, and include tickets to all three of the weekend’s events. Ticket prices vary according to competition session and seat location. To purchase tickets, visit www.SearsCentre.com, call 1-888-SEARS-TIX, or visit the Wintrust Box Office at the Sears Centre Arena. Group tickets may be purchased by calling 773-327-3778. Discounted tickets are available through gymnastics clubs participating in the gym club ticket program. For more information, go to attamericancup.com.