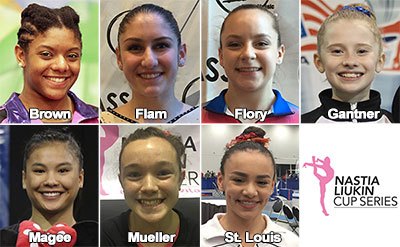 The seven gymnasts determined last weekend are listed below, by the invitational where they qualified.