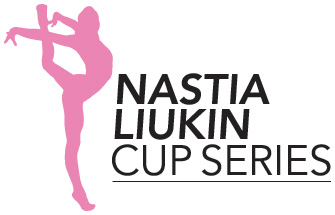 INDIANAPOLIS, July 28, 2016 – USA Gymnastics announced today the schedule for the 2017 Nastia Liukin Cup Series, which kicks off January 6, 2017. The invitational meets in the Series will determine the gymnasts who will compete in the Nastia Liukin Cup inside Prudential Center in Newark, N.J., on March 3, 2017. The 2017 event, started in 2010 by 2008 Olympic all-around gold-medalist Nastia Liukin, is the eighth annual edition.

For the second straight year, Newark’s Prudential Center will host both the Nastia Liukin Cup and, on the following day, the 2017 American Cup, an International Gymnastics Federation World Cup event, which will feature some of the world’s biggest names in gymnastics.

Tickets for the Nastia Liukin Cup will go on sale this fall through gymnastics clubs participating in the American Cup discount ticket program, and will go on sale to the general public after the first of the year.